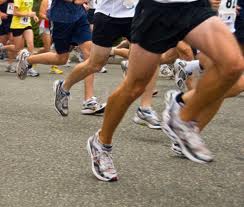 Management, staff and care workers at Perpetual Care, the North West independent care provider to children and vulnerable adults, have declared 2009 their Year Of Charity. They are planning a series of endurance runs and daredevil stunts over the next nine months, culminating in a Masquerade Ball for the great and good of the region, which will hopefully raise additional funds for its nominated charities. Taking an immediate initiative, Perpetual founder and CEO, Tahir Khan, has entered one of the world’s toughest endurance races, the gruelling 7-day, 250km Racing The Planet : Namibia 2009 event, in a bid to raise at least £25,000.

In view of Perpetual’s core activities operating residential children’s homes and providing foster care for looked after children, the group has chosen to support the Imagine fundraising appeal for Liverpool’s Alder Hey Children’s NHS Foundation Trust, which aims to improve the quality of life for children in hospital. With its headquarters in Bolton, it is also raising money for a deserving local cause, Bolton Hospice, which is dedicated to improving the quality of life for patients facing problems associated with life-threatening disease. “We are delighted to be working with Perpetual Care, especially as both organisations focus on the health and welfare of children,” says Irene Axon, Community Fundraising Manager for Imagine. “We hope their various fundraising initiatives are successful and that people across the region will support them generously.” Her views are echoed by Debra Graham, Chief Fundraiser for Bolton Hospice: “We’re very happy that a local care organisation is choosing to support us and wish them luck in their fundraising activities.

Every £1 they raise, is one less £1 for us to worry about.” Explaining his motivation to test himself to the limit in Namibia, Tahir says, “Last year, I took part in the 26 mile NSPCC Hike Against Cruelty To Kids, with virtually no training at all, and, although I was dog tired and my feet were covered in blisters, I was pleased that I had really pushed myself and wanted to do the same again and raise more money for charity. When we all decided to make this our year of fund raising, I looked around for another personal challenge.” Tahir has decided to attempt a really testing physical challenge, in what is billed as one of the toughest races in the world, the Racing The Planet : Namibia 2009 event. Described by the organisers as ‘life enhancing for all, life changing for many’, it takes place in one of the least densely populated countries in the world, in a desert region with ankle-twisting boulders, stones and soft sand, where temperatures reach 40ºC, and one of its gruelling stages is 80km long.

During the seven day, 250km (150 mile) footrace, competitors must carry their own supplies, traversing mountain ranges and the second largest canyon in the world, each filled with potential dangers. “I always like to aim high, but I have never attempted anything like this before and must admit I’m feeling apprehensive,” says Tahir. “I’ve started training three or four times a week. Although running 10km around Bolton is probably not the same as tackling one of the world’s most inhospitable deserts!” To sponsor Tahir Khan’s desert run or pledge support to either of the nominated charities, please contact Perpetual Care on 01204 364 666 or email tahir@perpetualcare.co.uk. Donations can also be made via the Justgiving online charities site, at www.justgiving.com/tk1boltonhospice and www.justgiving.com/tk1imagine